Deadlier than Covid? Medics sound alarm as lockdown suicides SOAR in US - and health officials knew it would happen 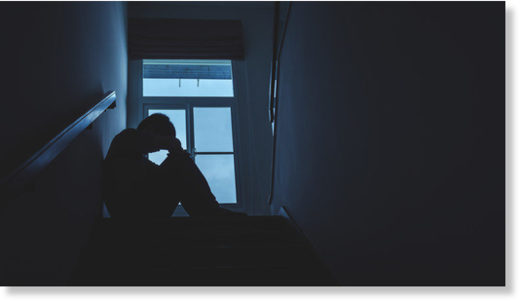 © Getty Images / Knk Phl Prasan Kha Phibuly / EyeEm
After two months of devastating lockdown, doctors at one California clinic say they've seen more suicides than Covid-19 deaths - and they're not alone. But warning signs were there since day one. Why have they been ignored?

"We've seen a year's worth of suicide attempts in the last four weeks," Dr Mike deBoisblanc, lead trauma surgeon at the John Muir Medical Center in Walnut Creek, California, told local media on Thursday, confirming the center had seen more deaths from suicide over the two-month lockdown period than deaths from coronavirus.

Not only are the numbers of attempts "unprecedented" but so is their seriousness, according to a trauma nurse at the clinic. "I have never seen so much intentional injury," nurse Kacey Hansen attested, adding the deaths are mostly young adults who are clearly not making "cry for help" suicidal gestures. "They intend to die."

That's just one clinic, of course, and it might be dismissed as an anomaly if not for the fact that doctors across the country are sounding the alarms, warning Americans' health - mental and physical - is deteriorating rapidly under lockdown, and not because of Covid-19. Over 500 physicians signed a letter to President Donald Trump earlier this week pleading with him to end the economic shutdown, which they called a "mass casualty incident."

The signatories warned that as every last medical resource is devoted to the pandemic, not only are cancerous tumors going undetected and risk factors for heart disease and stroke multiplying, but suicide hotline call volume is up a shocking 600 percent. With these factors plus economic depression and stress feeding on each other, hundreds of millions of Americans are in very real danger of losing their lives over the next several months. This secondary pandemic unfolding in the long shadow of the Covid-19 shutdowns will be significantly more deadly than the virus itself.

This shouldn't be news for the public health officials who crafted the lockdown policy. The warning signs were there from the very beginning. Suicide hotlines were already being flooded with calls just two weeks into the shutdown. In one 48-hour span in March, Knox County, Tennessee, saw nine suicides - more than the entire number of virus deaths in the entire state at that point. Portland, Oregon police said suicide threats and attempts had jumped 41 percent from the previous year, while one national suicide hotline reported a 300 percent increase in calls - again, in the first two weeks of lockdown. Trump himself warned back in March that the lockdown would cause "suicide by the thousands," only to be pooh-poohed by his own CDC and mocked by the media. And even the World Economic Forum was sounding the alarm back in early April about a coming mental health epidemic, deeming the massive global lockdowns the "world's biggest psychological experiment."

Instead of heeding these red flags, public health officials pushed along with their draconian plans, doing their best to maintain toxic levels of fear and stress. While they predicted millions (and later hundreds of thousands) of deaths, tens of millions of Americans lost their jobs and livelihoods, while being told - in a turn of phrase that seemed almost designed to encourage suicidal thoughts - that they were "non-essential." Kept from their friends and families by the same policies that robbed them of their income, it's no surprise that so many turned to self-destructive behaviors.

The US suicide rate has already been on the rise, soaring 40 percent since 1999 among people of working age. But that rise has been especially pronounced in areas where the "social fabric" has unraveled, leaving people mired in a toxic psychological brew of poverty, unemployment and alienation. Sound familiar? Meanwhile, a January report from the CDC notes that workers in industries like mining, construction, agriculture, arts, and entertainment were among the worst-affected by suicide plague. Workers in these industries were largely sent home once Covid-19 showed up.

Prolonged isolation is profoundly unhealthy in and of itself. A study published on Thursday found isolation increases all-cause mortality by 50 percent, with an additional cardiovascular risk caused by lack of financial support - and that's saying nothing of the mental health risk, which has long been known to scientists. Many countries have banned solitary confinement as too cruel and inhumane even for their worst prisoners. Interviewing inmates in solitary confinement at Pelican Bay Prison in 2018, Dr Craig Haney found they were 50 percent more likely to suffer from chronic depression than maximum-security prisoners. Suicides among solitary inmates in Texas are five times as common as in general population. Imposing the civilian equivalent of such a mentally and physically destructive punishment on an entire country as a protective measure is like setting one's house on fire to protect it from termites.

For the architects of the US' lockdown policy to ignore their own data showing the country was already up to its waist in a suicide epidemic killing 48,000 annually even before coronavirus and the accompanying shutdowns was negligent at best. For them to compound that suffering by discounting decades of solid scientific data warning of the dangers posed to mental and physical health by prolonged isolation is, quite frankly, criminal.

Social media cheered on Friday when, after a tense hour or two, New York City police rescued a man who'd climbed to the top of the Brooklyn Bridge with the intention of jumping off. They may have saved his life that day, but his problems haven't gone anywhere, and the city remains under lockdown with no end in sight. More importantly, there are millions more where he came from.

Suicide? After two months of lockdown the murder rate should soaring.
Or at least the divorce rate.
Too far gone

I know that enforcement of the local mask rules has ramped up at the sheeple level...good training and acceptance takes time and it's working

but that's one thing I refuse to do...take my self out

I mean, why make others happy???

I grew up an 'outside yard monkey'...and look what I've become...
My Mother IS Proud!

They, TPTB, don't care about safety or deadliness.

They care about putting their heel on our faces, and keeping it there.

i bite
I grew up an 'outside yard monkey'...and look what I've become...
My Mother IS Proud!

I was thinking about it while away from the computer, just now.

They want us dead. This can no longer be denied.

Glow Bull Warming has been their Narrative for 20 years. The plan is de-industrialization...which, and they know it, will mean FAMINE. Death...they think, to us, not to them.

The "Green New Deal" was to give (their) government the power to impose it, whatever our objections, logical, factual or enraged and military.

Now, this damned, double-damned, god-damned Beer Virus. First, the nooze liars - the mouthpieces of The Powers That Be - the Fake Noozers told us it was nothing. Hoping that it WAS something. Believing their Chinese masters/collaborators that it was the #BoomerRemover.

THEN, when it turned out that the Wu Flu was a fizzle, to a healthy populace...they started amping up the panic and hysteria. MEANTIME, they got their fake judges to try to STOP...border security. ANYONE with a bit of sense knows that's the first thing you do when those elsewhere have a disease you don't want. YOU STOP THEM, DEAD IF YOU HAVE TO.

THEN...as it burned through nursing homes and elderly Park Avenue apartment neighborhoods...and it turned out that a malaria drug really, really gave positive results...first, attack it. Then, mock it. Then, BAN USE OF IT. For all but the Elites, like Cuomo the Least, like Mr. Amy Klobachar, others I can't think of, off the top of my head.

Do this because THEY WANT BODIES. THEY WANT PEOPLE WHO ARE NOT DEMENTED LIKE THEY ARE, DEAD.

And that's what this de-facto Martial Law is about. Bring about the collapse, and starve us. WHILE we die because real medicine is banned, while they tell sufferers to smoke pot, that that's a cure.

Sorry for the caps. Kee-rhyst, I'm getting freaked on this. There just isn't any getting away from these lunatics anymore.

i used to drink heavily, i can't do that as I can't get into my store anymore without a mask...and that ain't happening

I was up to 21 days sober in March.. but broke into my private liquor stash, now it's every third or fourth day, I drink now to forget...
I grew up an 'outside yard monkey'...and look what I've become...
My Mother IS Proud!
You must log in or register to reply here.
Share: Twitter Link