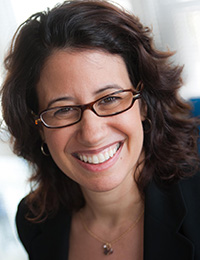 Bara Vaida (@barav) is AHCJ's core topic leader on infectious diseases. An independent journalist, she has written extensively about health policy and infectious diseases. Her work has appeared in outlets that include the National Journal, Agence France-Presse, Bloomberg News, McClatchy News Service, MSNBC, NPR, Politico and The Washington Post.
View all posts by Bara Vaida → 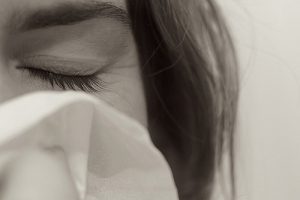 Photo: Leonie via Flickr
In last year’s flu season, 80,000 people died, including 180 children, and 900,000 people were hospitalized, making it the worst flu season in 40 years – underscoring the importance of seasonal flu coverage for every public health reporter.
Centers for Disease Control and Prevention director Robert Redfield unveiled the figures first during an interview with the Associated Press on Sept. 26. CDC officials confirmed the figures at a news briefing at the National Press Club in Washington D.C. on Sept. 27.
The large number of people who were sickened or died were likely because of a combination of factors, including lower flu vaccination rates and a flu strain which disproportionately impacts seniors, according to Daniel Jernigan, M.D. director of the influenza division of the CDC’s National Center for Immunization and Respiratory Diseases. The majority of those who died or were hospitalized during the season were over 65.
“It was a significantly bad year,” Jernigan said.
As far as whether the 2018-19 flu season will be as terrible as the past year, Jernigan said it was “far too early to say” and that Americans shouldn’t take any chances that this year would be better.
Surgeon General Jerome Adams emphasized that more people need to get the flu shot this coming season, as just 57.9 percent of Americans got a flu shot, a slight drop from the 59 percent in the year before that. Of the 180 children that died from the flu last year, 80 percent had not received a flu shot.
“It is important for folks to be aware that they all get the flu from someone else,” Adams said. “The 80,000 people that died of the flu, they got that from someone. Someone else caused one of those 80,000 to die.”
The flu shot not only reduces the chances that a person will get the flu, but also if they do get the flu, their illness will be milder, he said. The flu shot also reduces the chances that a healthy person will pass on the flu to someone with a compromised immune system.
Adams added that getting the flu shot is creating “community immunity.”
William Schaffner, M.D., medical director of the National Foundation for Infectious Diseases, which sponsored the press briefing, also underscored that when a person gets the flu, the body’s immune system kicks in and remains inflamed for several weeks, even after recovery. For some people, that continued inflammatory response could increase the chance of having a heart attack or stroke.
“The damage the flu causes continues, even after one recovers,” Schaffner said. He added that individuals over 65 should also look into getting a vaccine to prevent pneumococcal pneumonia, which also can flare during the flu season.
“These are preventable diseases and we have vaccines to prevent them,” he said.
Wendy Sue Swanson, M.D. chief of digital innovation at Seattle Children’s Hospital, emphasized the toll last season’s flu season took on children and noted that kids have lots of “snot” that they spread around to one another, so flu shots are particularly important for anyone in continuous contact with children.
For reporters wanting to know how the flu season is going this coming year, Swanson welcomed them to check in with her Seattle Children’s blog where she plans to post updates on the flu and its impact.
Further, Laura Riley, M.D., chair of the department of obstetrics and gynecology at Weill Cornell Medicine, highlighted the importance of expectant mothers getting a flu shot. Last year, less than half of pregnant women got a flu shot and outcomes for “pregnant women who get the flu are worse” than for women who do get the flu. Further, a flu shot provides immune protection for newborns for several months after they are born, she said.
For a tip sheet on coving the flu: see our updated seasonal flu tip sheet, which includes contact information to reach the public health experts attending the flu briefing.

Scorpio said:
“It is important for folks to be aware that they all get the flu from someone else,” Adams said. “The 80,000 people that died of the flu, they got that from someone. Someone else caused one of those 80,000 to die.”
Click to expand...
Ya, please make sure you get your flu shot cuz you really don't want anyone else around you, your family and friends, to sicken or die, because of you, do ya.

What virus is in your receptacles?
The secret to happiness is freedom.
And the secret of freedom is courage.
-Thucydides

"out of the darkness they came, with canon a blazing and torches aflame"
F

Turn down the Flu shot every year, just about everybody I know gets the shot, so I'm safe.
Free America from the real Welfare Queen...Israel.
Free Palestine, give it back to the people who don't need welfare.
Boycott Israel, FREE America. BDS, learn it.

On a mail train.

Location
On a mail train.

On a mail train.

Scorpio said:
He added that individuals over 65 should also look into getting a vaccine to prevent pneumococcal pneumonia, which also can flare during the flu season.
Click to expand...
Starting when I was a teenager, this was very common for me. After getting over a flu, I often got a secondary lung infection, once or twice a year. Year after year. But when I went on a low-carb diet, it has COMPLETELY stopped. Both the flu and the secondary infections. GONE.

Just checked, it has been nine years now... I have relaxed some on the carbs in the last couple years, still doing fine.
Politicians understand sound money in the same way that my dog understands my oscilloscope's delayed trigger.
You must log in or register to reply here.
Share: Twitter Link