Three individuals filed a proposed class action in the Southern District Court of New York against Coinbase, alleging that they’re operating as an unregistered securities exchange Exchange An exchange is known as a marketplace that supports the trading of derivatives, commodities, securities...

upcomingsnews.com
“I am constantly gaining and losing perspective”

It's pathetic when the older crypto that haven't been keeping up with newer developments in the crypto space turn to the very system they were trying to replace to protect them from the newer, better crypto.

Here's a hint, you can't stop innovation. If you're not driving the innovation, get out of the way.

IPO'd about a year ago. They keep getting sued. I think this lawsuit is front running what the govs gonna do. Customers want their money back before it vaporizes. Wouldn't touch this stock personally.

ds_mustang said:
It's pathetic when the older crypto that haven't been keeping up with newer developments in the crypto space turn to the very system they were trying to replace to protect them from the newer, better crypto.
Click to expand...

You are right, of course, but to be technical the lawsuit was brought by lawyers seeking legal fees and only nominally by holders of older, out-of-date cyrptos.

No, it's because stocks and crypto are down big. Open your eyes beyond BSV and see the world sometime. There's lots of things going on.

Posed it as a question. Have only drank half the Koolaid.
“I am constantly gaining and losing perspective”

cryptos go out of date??
Disclaimer: this post and the subject matter and contents thereof - text, media, or otherwise - do not necessarily reflect the views of the GIM2 administration.

Not the end of crypto, but maybe a 'weed out' of the space, 'dot com' style?
“I am constantly gaining and losing perspective”

Ya got to get them when they are Fresh.
No expiration of PMs. Jus' Sayin'
PANDORA'S NOW FAUCI'S BOX . THE MYTH IS NOW REALITY. gb
"FAUCI - MENGELE 2.0." gb
"The ultimate rebellion one can commit is to take any .gov's fiat and convert it to Gold and Silver". gb

No but they get surpassed by better programs with faster transaction rates and lower fees.
I use emotion for the many and reserve reason for the few.

Coinbase mixing USD (dollars) & USDC (stable coin). Are they getting ready for bankruptcy?

Quote: "The only reason they would want to do this is that THEY want to control when your USD-->USDC or vice versa.
If you can't say you clearly sold BTC-USD, then they can give you USDC instead.

And guess what ISN'T protected by bankruptcy? USDC."

Quote: "This is shady af. USD and a USD stablecoin are not the same and USDC certainly isn't. Everyone knows its similar to USDT in that it's not actually backed one to one with reserved dollars and they're using their balance sheet, which is probably illegally per accounting standards because there are encumbrances and other debts or assets linked to debt that shouldn't be used. Even if they tied it to the company net equity position, that is wrong since much of it may be illiquid."

Last edited: Jul 4, 2022
“I am constantly gaining and losing perspective”

Leaked emails: Crypto exchange Coinbase is 'temporarily shutting down' its US affiliate-marketing program​ 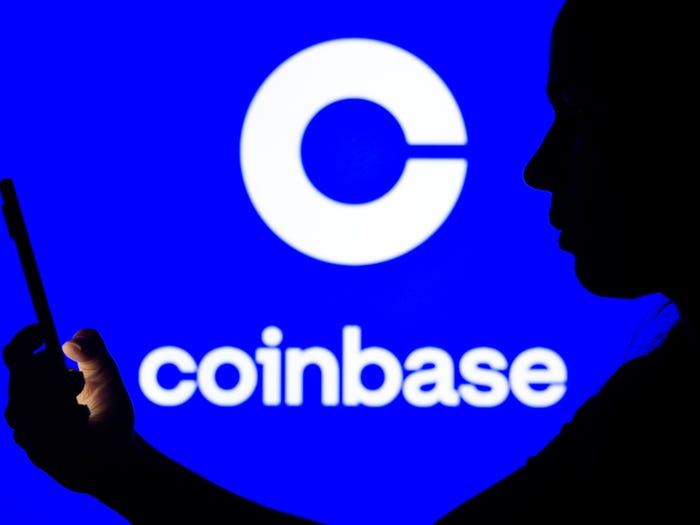 Crypto exchange Coinbase is "temporarily shutting down" its US affiliate-marketing program, according to emails sent to three creators and shared with Insider.
The US program will temporarily shut down on July 19, the emails said.
"We regret to inform you that Coinbase will be temporarily shutting down its Affiliate Program in the United States with an effective date of Tuesday, July 19th," the emails read. "This has not been an easy decision, nor was it made lightly, but, due to crypto market conditions and the outlook for the remainder of 2022, Coinbase is unable to continue supporting incentivized traffic to its platform."
The company said in the emails that it planned to relaunch the program in 2023, although it didn't share an exact timeline.
"We have established many valued partnerships through our affiliation platform that we hope to renew in the future," the emails said.
This change comes at a time when Coinbase is reeling from the crypto crash.
On June 14, Coinbase CEO Brian Armstrong announced in a blog post that the company was laying off 18% of its staff, or roughly 1,100 employees. On Friday, Bloomberg reported that Coinbase is now the world's 14th largest crypto exchange, down from the fourth position less than a year ago.
Before this recent affiliate news, Coinbase had already lowered commission rates for some influencers in June. One creator who was earning $40 per sign up as of early 2022 said they saw that amount drop more than 90% to $2 per sign up.
"My commissions are almost non-existent with them anymore so I haven't paid attention," said a fourth influencer who used the program.
Many personal-finance influencers earn revenue from affiliate marketing, or driving sales or sign ups to a platform.
These finance affiliate programs are run directly through the company or through an affiliate marketing network, like Impact or CJ Affiliate. Coinbase launched its affiliate marketing program in 2019. The program is run in partnership with Impact, which helps the company connect with influencers, manage rates, and track sign ups.
Coinbase didn't immediately respond to a request for comment.