Patriotic Cities Protecting Statues By Disguising Them As Karl Marx

Patriotic cities protecting statues by disguising them as Karl Marx 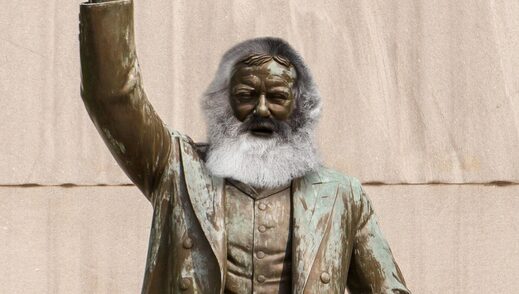 © The Babylon Bee
Teddy Roosevelt gets a camouflage makeover
Looking to protect their statues and other municipal monuments, cities and towns across the country have begun disguising their statues as Karl Marx.

City councils all over are ordering Karl Marx wigs and putting them on Teddy Roosevelt, George Washington, Christopher Columbus, and other statues. The move has proven extremely effective at deterring Antifa and other extremist groups, who are only looking for statues of old hateful white guys to destroy and not statues of communists.

"As soon as enraged rioters see the statue isn't of a dangerous, murderous madman whose ideas killed hundreds of millions but is just of Karl Marx, they move on," said one city council member in Illinois as he put a Karl Marx wig and beard on a statue of Abraham Lincoln. "Well, first, they bow respectfully to their hero and then move on."

Plaques on the statues with controversial quotes from the Founding Fathers are also being covered up with Marx quotes like "Let the ruling classes tremble at a Communistic revolution!" and "Workers of the world, unite!"

Some towns are reporting that Che Guevara chin stubble and a beret also work wonders at saving the monuments.

Orthodox Jedi
Make mine a vodka and vicodin latte.
F

Rub them down with Crisco, ever see squirrels slide off bird feeders?
Free America from the real Welfare Queen...Israel.
Free Palestine, give it back to the people who don't need welfare.
Boycott Israel, FREE America. BDS, learn it.
You must log in or register to reply here.
Share: Twitter Link