Asteroids are small, metallic or rocky in composition, and have no atmosphere. Most asteroids orbit the sun within a broad belt located between the orbits of Mars and Jupiter: the asteroid belt. Millions of asteroids are under 0.6 mile (1 kilometer) in diameter, but there are many that are larger. The biggest, Ceres, is 590 miles (950 kilometers) in diameter.

The first asteroid was discovered in 1801. There are three main classifications. The very dark C-type (carbonaceous) asteroids account for 75 percent of those catalogued. The next largest group is the S-type (silicaceous, or stony) asteroids, making up 17 percent of the total. M-type (metallic) are bright and composed mostly of iron.

The asteroids are believed to be mostly material left over from the formation of the solar system. Jupiter’s gravitational influence prevented the material from forming a planet.

​
Just a FYI in case you've ever wondered.
BF 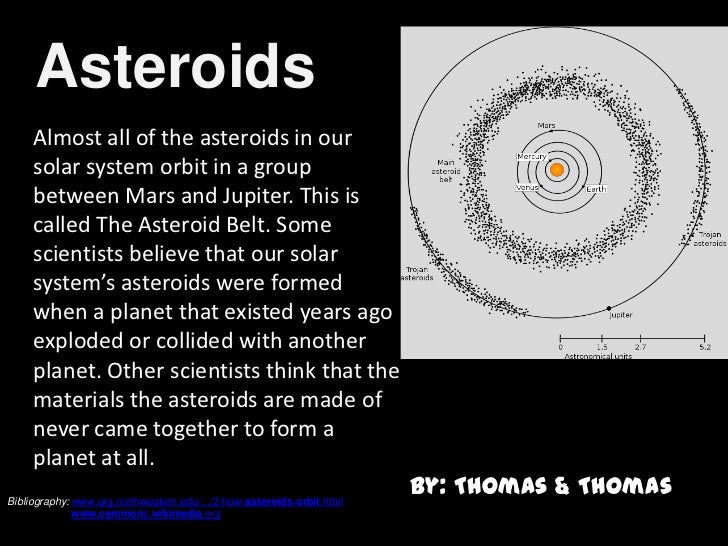 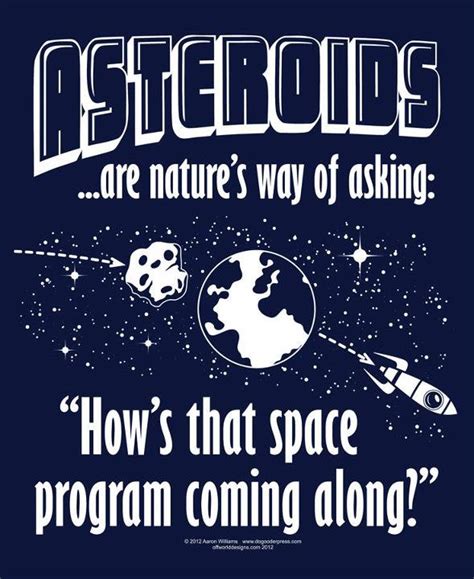 "They will be pulled out root and branch and fed in a wood chipper of divine justice. Their arrogant criminality have OUTRAGED the citizens of this republic and the vengeance of God will wipe the Luciferian smirks from their face and grind their brazen foreheads into dust! "

"How many coincidences before it becomes mathematically impossible?" - Q

In the beginning of a change the patriot is a scarce man, and brave, and hated and scorned. When his cause succeeds, the timid join him, for then it costs nothing to be a patriot.
Samuel Langhorne Clemens - Notebook, 1904​

Thought I'd better get this in here B-4 someone else does...

Why are hemorrhoids called "hemorrhoids" instead of "asteroids"?
George Carlin
Click to expand...
BF

I'm still trying to understand how the equilibrium exists between the vacuum of space and the non-vacuum of our planet.
I use emotion for the many and reserve reason for the few.

Juristic Person said:
I'm still trying to understand how the equilibrium exists between the vacuum of space and the non-vacuum of our planet.
Click to expand...
You have to believe in gravity for me to be able to explain it.