The Next Stage Of The Engineered Global Economic Reset Has Arrived

The Next Stage Of The Engineered Global Economic Reset Has Arrived

Authored by Brandon Smith via Alt-Market.com,

When discussing the fact that globalists often deliberately engineer economic crisis events, certain questions inevitably arise. The primary question being “Why would the elites ruin a system that is already working in their favor...?” The answer is in some ways complicated because there are multiple factors that motivate the globalists to do the things they do. However, before we get into explanations we have to understand that this kind of question is rooted in false assumptions, not logic. 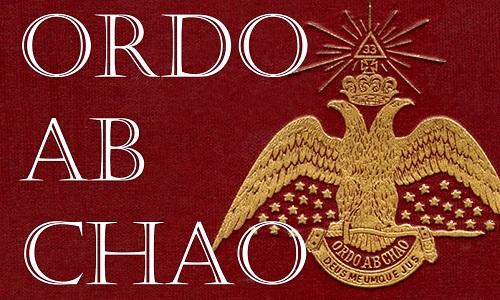 The first assumption people make is that that current system is the ideal globalist system – it's not even close.

When studying globalist literature and white papers, from Aldous Huxley's Brave New World, to H.G. Wells' book The New World Order and his little known film Things To Come, to Manly P. Hall's collection of writings titled 'The All Seeing Eye', to Carol Quigley's Tragedy And Hope, to the Club Of Rome documents, to Zbigniew Brzezinski's Between Two Ages, to former UN Director Robert Muller's Good Morning World documents, to Henry Kissinger's Assembly Of A New World Order, to the IMF and UN's Agenda 2030, to nearly every document on globalization that is published by the Council on Foreign Relations, we see a rather blatant end goal described.

To summarize: For at least the past century the globalists have been pursuing a true one world system that is not covert, but overt. They want conscious public acceptance of a completely centralized global economic system, a single global currency, a one world government, and a one world religion (though that particular issue will require an entirely separate article).

To attain such a lofty and ultimately destructive goal, they would have to create continuous cycles of false prosperity followed by catastrophe. Meaning, great wars and engineered economic collapse are their primary tools to condition the masses to abandon their natural social and biological inclinations towards individualism and tribalism and embrace the collectivist philosophy. They created the current system as a means to an end. It is not their Utopian ideal; in fact, the current system was designed to fail. And, in that failure, the intended globalist “order” is meant to be introduced. The Hegelian Dialectic describes this strategy as Problem, Reaction, Solution.

This is the reality that many people just don't seem to grasp. Even if they are educated on the existence of the globalist agenda, they think the globalists are trying to protect the system that exists, or protect the so-called “deep state”. But this is a propaganda meme that does not describe the bigger picture. The big picture is at the same time much worse, and also more hopeful.

The truth is that the old world order of the past century is a sacrificial measure, like the booster stage of a rocket to space that falls away and burns up in the atmosphere once it is expended. If you do not accept the reality that the globalists destroy in order to create opportunities for gain, then you will never be able to get a handle on why current events are taking the shape they are.

Of course, in public discourse the elites have learned to temper their language and how they describe their agenda. Public knowledge, or at least general awareness of the “new world order” is growing, and so they are forced to introduce the idea of a vast societal and economic shift in a way that sounds less nefarious and is relatively marketable. They also have a tendency to hint at events or warn about disasters that are about to happen; disasters they are about to cause. Perhaps this is simply a way to insulate themselves from blame once the suffering starts.

The International Monetary Fund began spreading a meme a few years ago as a way to describe a global economic crash without actually saying the word “crash”. Managing Director Christine Lagarde and others started using the phrase “global economic reset” in reference to greater centralization of economic and monetary management, all in the wake of a kind of crisis that was left mostly ambiguous. What she was describing was simply another name for the new world order, but it was one of the first times we had seen a globalist official actually hint that the change or “reset” would be built on the ashes of the old world system, rather than simply built as an extension of it.

Lagarde's message was essentially this: “Collective” cooperation will not just be encouraged in the new order, it will be required — meaning, the collective cooperation of all nations toward the same geopolitical and economic framework. If this is not accomplished, great fiscal pain will be felt and “spillover” will result. Translation: Due to the forced interdependency of globalism, crisis in one country could cause a domino effect of crisis in other countries; therefore, all countries and their economic behavior must be managed by a central authority to prevent blundering governments or "rogue central banks" from upsetting the balance.

The IMF and the CFR also refer to this as the “new multilateralism”, or the “multipolar world order”.

I believe the next stage of the economic reset has now begun in 2018 and 2019. In this phase of the globalist created theater, we see the world being torn apart by the “non-cooperation” that Lagarde and the CFR warned us about in 2015. The trade war is swiftly becoming a world economic war drawing in multiple nations on either side. This scenario only benefits the globalists, as it provides perfect cover as they initiate a crash of the historically massive 'Everything Bubble' which they have spent the last ten years inflating just for this moment.


“One question that needs to be addressed is how long the current trade war will last? Some people claim that economic hostilities will be short-lived, that foreign trading partners will quickly capitulate to the Trump administration’s demands and that any retaliation against tariffs will be meager and inconsequential. If this is the case and the trade war moves quickly, then I would agree — very little damage will be done to the U.S. economy beyond what has already been done by the Federal Reserve.​
​
However, what if it doesn’t end quickly? What if the trade war drags on for the rest of Trump’s first term? What if it bleeds over into a second term or into the regime of a new president in 2020? This is exactly what I expect to happen, and the reason why I predict this will be the case rests on the opportunities such a drawn out trade war will provide for the globalists.”​
​
The economic world has a very short attention span, but a year ago in the alternative media the trade war was being treated by Trump cheerleaders in particular as a novelty – a non-issue that would be resolved in a matter of a months with Trump victorious. Today, those same people are now vocal trade war fans, waving their pom-poms and screaming for more as they buy completely into the farce. Mentioning the fact that the trade war is only serving as a distraction so that the globalists can complete their economic reset agenda does not seem to phase them.

They usually make one of two arguments: Trump is an anti-globalist that is tearing down the “deep state” system and the trade war is part of his “4D chess game”. Or, the globalists don't have enough control over the current system to achieve the kind of “conspiracy” I describe here.

First, going by his associations alone, it is clear that Donald Trump is controlled opposition playing the role of “anti-globalist” while at the same time stacking his cabinet with the very same elites he is supposedly at war with. As I have outlined in numerous articles, Trump was bought off in the 1990's when he was saved from possible permanent bankruptcy by Rothschild banking agent Wilber Ross. Trump made Ross his Commerce Secretary as soon as he entered the White House, and Ross is one of the key figures in the developing trade war.

At this point I have to say that anyone arguing that Trump is “playing 4D chess” with the banking elites while he is surrounded by them on a daily basis must be clinically insane. Every economic and trade policy Trump has initiated in the past two years has served as a smokescreen for the globalists controlled demolition of the economy. As the reset continues in the midst of the trade war, it will be Trump and by extension all conservatives that get the blame. Trump is a pied piper of doom for conservative movements, which is why I have always said any attempts to impeach Trump (before the crash is completed) will fail. The globalists like him exactly where he is.

Second, there is a globalist controlled central bank in almost every nation in the world, including supposedly anti-globalist countries in the East like Russia and China. All of these central banks are coordinated through the Bank For International Settlements in Basel, Switzerland. The globalists covertly dictate the economic policy of nearly the entire planet. They can easily create an economic collapse anytime they wish. This is a fact.

However, what they do not control is how elements of the public will react to their reset agenda. And this is where we find hope. They do not have their “new world order” yet, which is why they have to resort to elaborate theatrics and psychological operations. They know that an awake and aware segment of the population could annihilate them tomorrow with the right motivation, and so, they continue to distract us with a swarm of other concerns and calamities.

The purpose is to convince the masses to focus on all the wrong enemies while ignoring organized and psychopathic elites as the root of threat to humanity. We are supposed to hate the Russians, or hate the Chinese, or hate people on the left, or hate people on the right, and so it goes on. But these conflicts are just symptoms of a deeper disease. The great danger is that the focus on globalists as the virus will fade from public consciousness and conservative circles in particular as the trade war becomes a world war and economic collapse results in financial pain.

The reset is upon us. The narrative of the collapse is being written before our eyes. The end game rests not on the globalists, though, but proponents of liberty and sovereignty. Either we keep our crosshairs on the true enemy, or we get sucked into the maelstrom and forget who we are and why we are here. If the latter occurs, then the globalist reset will be assured.
* * *
If you would like to support the work that Alt-Market does while also receiving content on advanced tactics for defeating the globalist agenda, subscribe to our exclusive newsletter The Wild Bunch Dispatch. Learn more about it HERE.

I have often thought that to myself, that the 'great reset' had started in 2018, but am still waiting for the hard evidence to prove it.

The FED has stopped raising rates and Trump is now pushing for the FED to drop rates back to 0%.

A drop to 0% would be a good signal that the next recession (grey area) has officially started and there is now some debate (Peter Schiff types) of whether or not this drop in interest rates could even revive this sick beast or are we finally/totally debt saturated?

Then it is reset time. (For the laymen, this would be like going cold turkey from a 70 year oxycontin habit)
"If you LIKE your tech stocks, you can keep ur flippin TECH STOCKS." ~ Keefer​
You must log in or register to reply here.
Share: Twitter Link