The press conference yesterday by Trump Campaign lawyers, Sidney Powell, Rudy Giuliani and Jenna Ellis laid out their case of voter fraud and ballot fraud based on the Dominion-Smartmatic voting machines. This is the Opening Statement for their case, which will be tried in a court of law on its merits, not in the court of public opinion or by the Fake News.

Sidney Powell explains how the Dominion voting system was programmed with an algorithm to steal votes from President Trump. However, she says the sheer number of Trump votes "broke the algorithm", forcing them to shut down and stop the tallying in multiple states in the middle of the night in order to bring cartloads of fake ballots to the polling stations.

Rudy Giuliani confirms the stories and photos taken in the wee hours outside of a Detroit polling station on November 4th, of fake ballots being brought to the polling station and four people have signed sworn affadavits that between 60,000-100,000 ballots were wheeled in at 4:30 AM and stuffed into the voting machines, where they were run through the machines multiple times.

Sidney Powell says that the leaders of Dominion have now cleared out of their offices overnight. Their office in Toronto was shared with one of the major Soros non-government organizations. She notes that one of the leaders of Dominion is Lord Mark Malloch Brown, an ultimate Deep Stater from the UK who has long functioned as George Soros' Number Two person. Sidney says that Dominion leadership has ties to the Clinton Foundation and to other politicians in this country.

Sidney describes the unfathomable scale of corruption, saying that the vote-switching source code that's embedded in Dominion Voting Systems has now been embedded in the software of virtually all voting systems across the country.

She confirms a reporter's question that Dominion servers in Germany were, indeed confiscated but she adds that she doesn't know "if good guys got it or bad guys got [the servers]."

In my opinion, the very candidacy of an obviously-debilitated Joe Biden, in order to install his Dark Horse Vice Presidential candidate, his campaign and their criminal actions during 2020 Election are all examples of Unrestricted Warfare tactics and these constitute Acts of War against the United States.

What we're witnessing is an attempted takeover of the US Government by a rogue element in the military, the Democrat Party, the Mainstream Media and other agents of the Globalist system in Europe, Asia and South America.

Shocking as it sounds, what emerges is that the rogue nations of Communist Cuba and Venezuela are an integral part of the Globalist system and they serve as a blueprint of the Globalists' plans for the entire world.

Although there were bombshells at the press conference yesterday, the Trump team was still just following the Constitutional remedies. They haven’t really dropped the MOAB yet, at least, not in public.

I’ve recently started looking at the posts of Paul Furber, who has a source on the Chan boards who was claiming last week that the primary money for this election fraud was coming from Cuba and Venezuela, which is something that Sidney Powell said today. This was the first time I’d ever heard anything about Venezuelan and Cuban money having so much influence in the US election!

Furber’s source has said several things that have been confirmed a week later by Sidney Powell and other members of Trump’s legal team and it is for this reason, I think it’s worthwhile to consider Furber's claims.

For example, Furber’s source also said last week – and echoed by Sidney Powell today – was that Trump did, indeed have a landslide win and it was this that triggered the stoppage in the tallying in several states, followed by the rampant, crazed ballot-stuffing, as attested in the four sworn affadavits cited by Rudy Giuliani.

Furber’s source also said last week that on the night of the election Trump and his team watched the fraud occurring in real time from a SCIF and that so far, they’d found that over 4 million votes were stolen in the swing states, alone. So, we’ll see if we get an eventual confirmation of these claims.

The source describes this voting fraud as a covert operation that is a collaborative effort between the DNC, the Venezuelans, Cubans, Chinese and European elements including Soros and the UK, the Clintons and the warmongering elements of the military industrial complex - all of them are trying to take Trump down.
This same source also confirmed that the Dominion servers seized by US Special Forces in Frankfurt Germany were taken from a CIA station that was working with the CCP.

The source echoed what Jeffrey Prather told us on Monday’s panel that there is open warfare between Patriot elements of the military and the CIA and that Haspel and Brennan are going to hang for what went on in Germany and he’s not sure that the CIA will even exist after this is over.

Furber's source says this election fraud operation is a collaborative effort between the DNC, the Venezuelans, Cubans, Chinese and European elements including Soros and the UK, with Lord Malloch Brown, the Clintons and the corrupt, "Endless War" elements of the US military were involved in this - all of them are united in their effort to take Trump down. 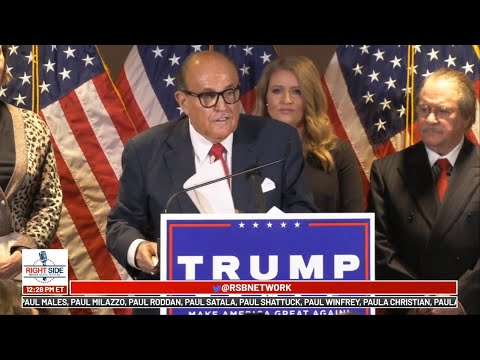