Why fundamentals are no longer relevant for gold

Why fundamentals are no longer relevant for gold 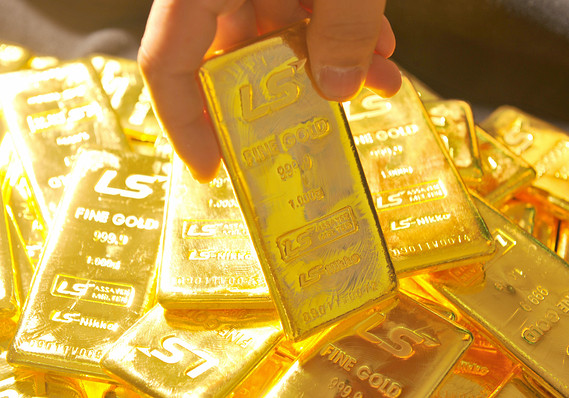 
During the last four years, we have seen one fundamental analyst after another claim that the fundamentals are stronger than ever as it relates to the metals. We find this thinking to be questionable, at best.

In our opinion, why have fundamentals failed so miserably to control the market, and are they relevant any longer?


In order to appropriately find direction in this market, we may have to actually understand that we are asking the wrong question. In fact, one has to ask if fundamentals were ever really controlling to begin with.


Yes, I know everyone believes that "eventually," fundamentals will control this market. But if one is truly honest in seeking an answer to this question, one has to ask themselves: If fundamentals do not control the market all the time, are they really ever in "control" of the market any of the time? Or is it simply that when the market is moving in the same direction as dictated by the fundamentals, then the fundamentals are simply a coincident factor, rather than a controlling one? This is what we refer to as the "broken clock" syndrome.

Think about it. When a child is sitting in the back seat of the car with a toy steering wheel, and the car turns in the direction the child is turning his toy, does it mean the child is controlling the car?

Again, based upon the market action over the last four years, one has to come to the conclusion that fundamentals are really not in control of this market. Rather, the "adult" driving the car in the metals market is sentiment, and it controls the market all the time, with its hands quite strongly on the steering wheel.

Ultimately, it means that a prudent investor must acquire the appropriate tools through which they are able to track market sentiment in the metals if they expect to be able to outperform the market. As an example, our methodology of tracking market sentiment through the use of Elliott Wave analysis directed us to exit the market once we exceeded the $1,900 level in gold back in 2011, and has us moving back into the market in 2016. While we still expect lower lows in the metals, the potential exists that many of the miners have already bottomed.

To retrace the thinking of the past several years, for many analysts, year after year they pointed to the increased debt and rising demand worldwide for the metals (along with a litany of other reasons), leading them to constantly conclude that the gold is going to rally to $2000-plus overnight. (See cartoon.) After reading all these articles for four years, one would think that the market should have been well over $2,000 by now.

More investors have appropriately been questioning the efficacy of the fundamentals upon which these predictions have been based, as they have seen their comparative wealth destroyed during the decline of the last four years. This destruction is most clearly evident in the silver market, which has lost almost 75% of its value since its 2011 highs.

In 2015 and the start of 2016, many have begun to recognize the futility of using "fundamentals" for predictive purposes in the metals market: "Using fundamental analysis is futile, as a great many precious-metals bulls will attest.” The author then makes the head-scratching move of basing his predictions on the fundamentals he says have not worked.

However, over the last year, some have begun to open their eyes to the true futility of using fundamentals to predict the direction of gold, and have done more than provide lip service to the reality of the market.

See charts illustrating the wave counts on the precious metals.

Fundamentally, I don't have enough gold in my holdings yet
'I pledge allegiance to the flag of the United States of America; and to the Republic, for which it stands, one nation under God, indivisible, with liberty and justice for all!'
(except in California, New York, New Jersey, Michigan, Illinois, Massachusetts, parts of Oregon and WA state, and all of Washington DC)

the_shootist said:
Fundamentally, I don't have enough gold in my holdings yet
Click to expand...

QWAK,Rich or poor it pays to have money and GOLD is money!

People SELDOM look for TRUTH! What they look for is CONFERMATION that what they have chosen to believe IS TRUTH! This is why people will believe almost ANY THING and also WHY the WORLD is SO MESSED UP!

IT is never realy OVER -- things just CHANGE!

You can QUOTE me on ALL! It IS what I believe to be TRUE!

I AM, the DUCK

Sadly, you could argue it's the same for just about all the markets. They're all rigged! Market sentiment is only one part of the equation. The puppeteer's sentiment is far more controlling, at least for the moment.
:usflag:

So long as there is unbacked paper being traded as the real thing and people are not taking physical delivery, the fundamentals will be skewed.
Arm Leg Leg Arm Head